Houjima is the smallest of the four islands of Urato but no less attractive, boasting a rich natural environment, including a grove of ‘Tabu’ trees, which are rare in this region of Japan.

The island was also known as “Hou (Treasure) jima (Island)'” in the Edo period (1603-1868) because of a legend that the Sendai Clan’s military gold and treasure were once hidden there.

The island’s main industry is fishing (mostly oyster farming) but it is also famous for its hills of golden ‘nanohana’ blossoms in spring, the seeds of which are harvested and shipped as “Matsushima Hakusai” seeds.

The main industry of Houjima Island is fishing, mostly oyster farming, but it is also well known as a producer of ‘seed oysters’. Thousands of natural oysters release their larvae in the waters surrounding the island, which then attach to the scallop shells which are threaded onto ropes hung from bamboo shelves and submerged into the sea. The rows and rows of bamboo seed oyster shelves are a symbolic sight of Houjima island.

There are many legends associated with Houjima, including one that a Phoenix ‘once called the island home! There is also a legend that during the Edo Period (1603-1868), the Sendai Clan’s military gold and treasures were hidden on the island, which is why it was once called ‘Treasure Island’. It might sound unbelievable, but take a walk along the island paths and you’ll feel the undeniable mystical aura! 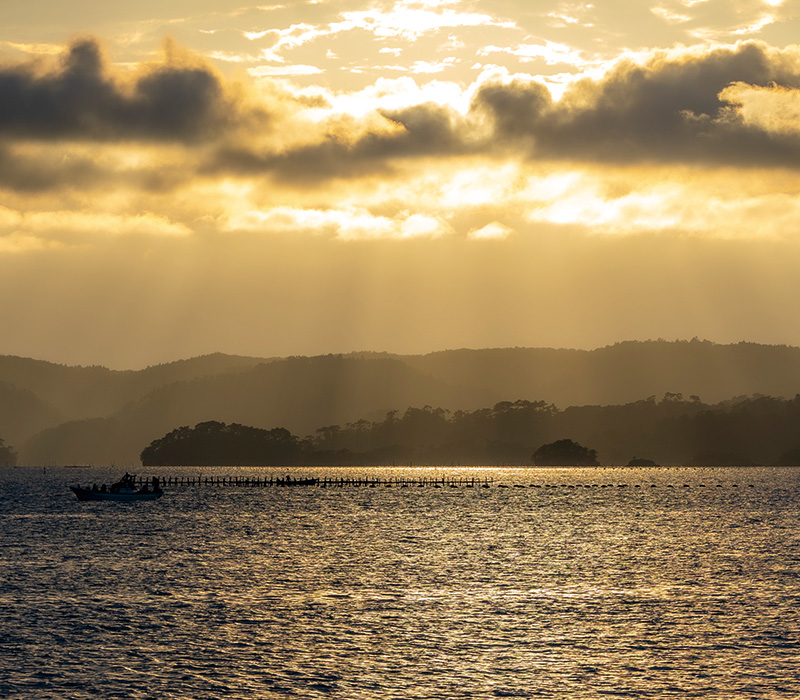 At the back of the golden ‘nanohana’ blossom field there is a huge grove of ‘Tabu’ trees.
The Urato Islands have an oceanic climate influenced by the Kuroshio Current and other warm currents, meaning that temperatures are warmer than average, and warm-weather plants can thrive.
In the spring, the island is a colourful paradise of golden ‘nanohana’ blossoms and green Tabu groves. 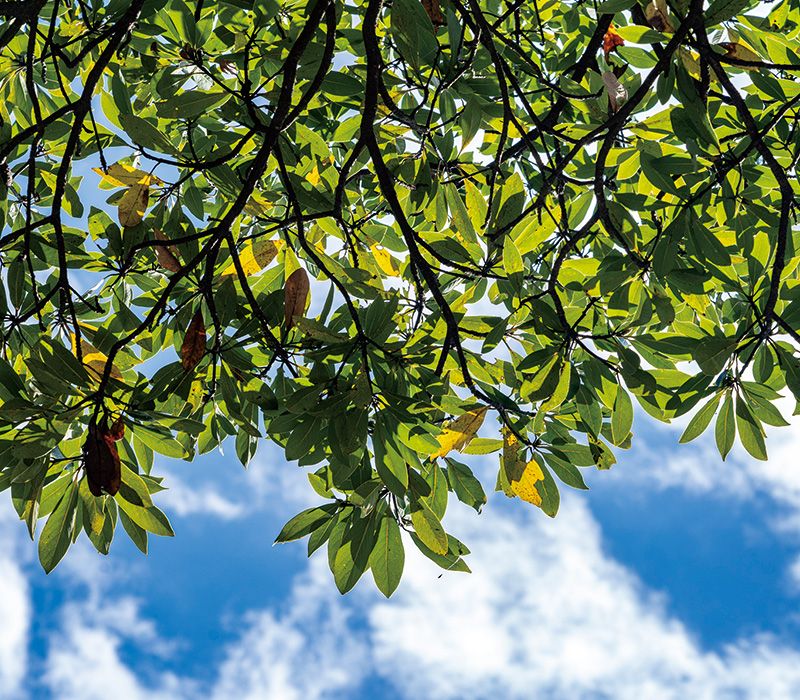 Just 5 mins walk from the whard, golden ‘nanohana’ blossom fields spread out over a small hill. The blossoms are grown to produce Matsushima Hakusai (a variety of cabbage) seeds, one of Urato’s speciality products. In spring, the field is covered with golden blossoms and green tabu tree groves, contrasting with a backdrop of blue sea and tiny islands. The blossom fields are carefully cultivated by the local people, who painstakingly remove all weeds by hand in order to avoid cross-pollination. 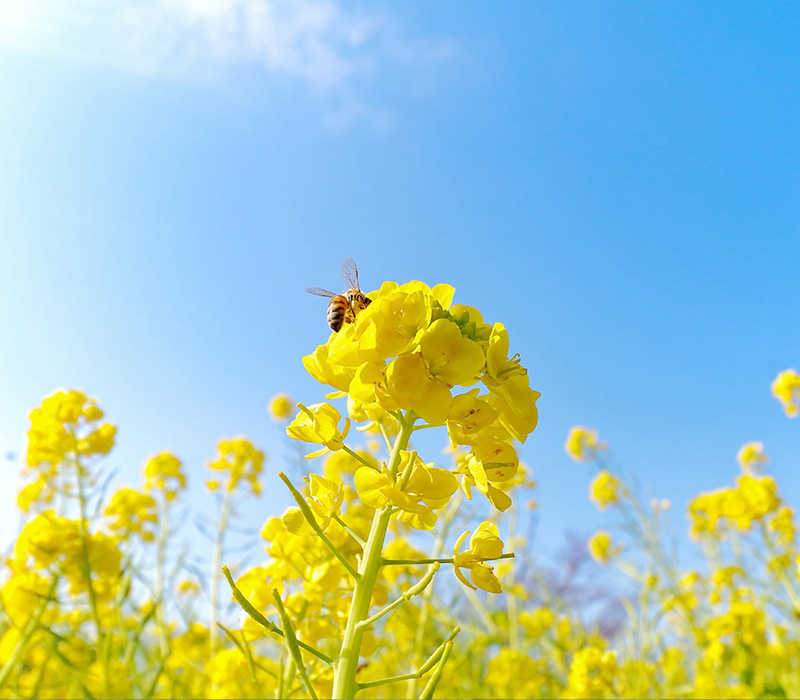 Just behind the seawall along the wharf, there is a small resthouse and public toilet for ferry passengers. Simply chilling out, relaxing and chatting with locals while waiting for the next boat is one way to enjoy some quintessential ‘island time’.